Protecting Windows Server 8 with Data Protection Manager 2012 is the same procedure as on Windows 2008 R2.

Or save some time and use powershell 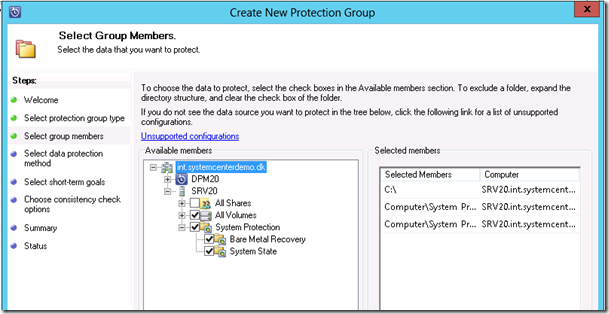 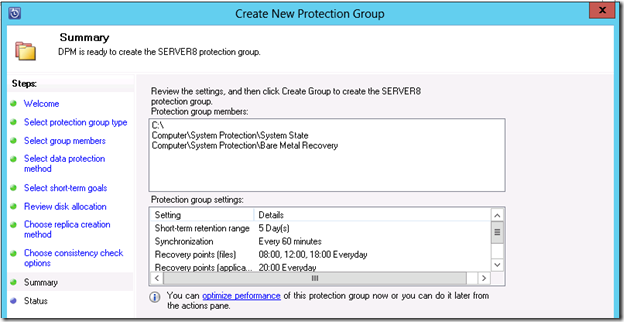 And its time to test recovery

If you are in a small shop and don’t use Orchestrator and Config Manager to install agents this would be the steps needed , they are identical with install on 2008 R2

The current version of Data Protection Manager 2010 or 2012 RC does not support Windows 8 so Microsoft have released a CTP of SP1 so we can test the integration for Windows 8 , I believe it’s the first time a Service Pack build have been out in the public for a  product that still is in the RC state (at least externally)

Installer as we know it from 2012 RC , personally I would prefer to wait with the reboot until after install was completed but then again that’s where scripting comes into play instead of doing manual installs.

For production I would always use the full sql server install , and with the new license changes for systemcenter 2012 its “free” to use so that makes the decision much easier.

I ran into a small issue today , recording a session from a client worked fine , but trying to test the recording and play it back resulted in

Adding the host file to the management server fixed the “issue”

Deploying a fresh set of 2012 Applications for a demo later this week I managed to “break” the unbreakable App Controller installer.

A network-related or instance-specific error occurred while establishing a connect to a sql server.

Login failed. The login is from an untrusted domain and cannot be used with Windows authentication. [CLIENT: 10.1.1.35] <VMM01

User Error : the domain administrator used for install have been renamed and no logon / logoff was performed on the VMM Server

So back to App Controller being unbreakable